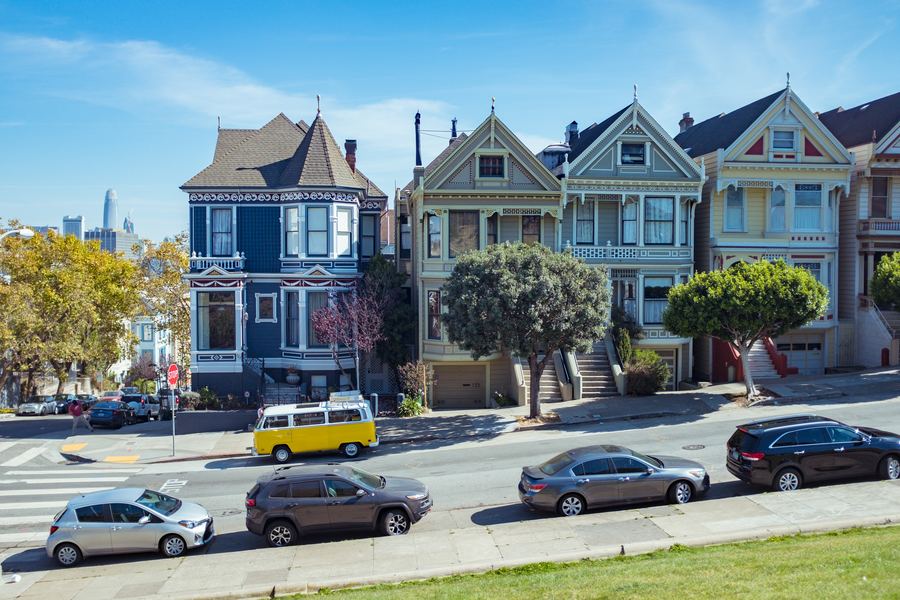 Introduction: The Painted What?

The Painted Ladies are a row of seven houses featuring Victorian and Edwardian architecture! Read on to learn why they are famous and where to find them!

What Makes the Painted Ladies Famous?

Upon hearing, "Painted Ladies," you might picture statues of women or something similar.

That is not the case, however! It is a term for houses built in the late 1800s with Victorian and Edwardian architectural styles.

Then, in the 1960s, these houses had a style emerge of painting them in three or different colors to make the design, "Pop!"

As for who came up with the phrase, "Painted Ladies," Elizabeth Pomada and Michael Larsen were writers who first used it.

They titled a book they worked on together, "Painted Ladies: San Francisco's Resplendent Victorians," and it was published in 1978.

The terminology for these houses that were painted so brightly years before stuck and is still used to this day!

The term, "Painted Ladies," has been used to describe groups of these houses repainted to be colorful in other cities.

However, the term was first used to describe the groupings of the houses all over San Francisco. One specifically popular grouping is known as the "Seven Sisters."

These seven sisters are famous for being among the first, "Painted Ladies," identified.

Also, because they are the seven houses featured in the opening credits to the beloved 90's sitcom, "Full House," and the modern-day sequel, "Fuller House!"

How to Get to the Painted Ladies--and the Seven Sisters

While an assortment of Painted Ladies can be found around San Francisco, the Seven Sisters Painted Ladies are found in an exact location. Namely, 710–720 Steiner Street, which is across from the famous Alamo Square Park.

A good deal of hop-on/hop-off tours is sure to go by the Seven Sisters thanks to their fame. Also, you can take the #21-Hayes Muni bus that goes from Market Street to the just-mentioned Alamo Square Park.

Upon getting off at the station, you will see the park on your left and Seven Sisters Painted Ladies on your right!

It is also easy to take a cab to the Seven Sisters, with basically any driver aware of the most-famous Painted Ladies. Using a ride-share service such as Uber or Lyft works wonderfully as well.

You need any of the houses typed-in as the destination (710-720 Steiner Street) and your driver will get you there in a jiffy! Do keep in mind depending on where you start from, it may take a bit to get to the Painted Ladies.

For example, if you are riding the Muni, it may take 40-45 minutes to get to the Seven Sisters from a location such as Fisherman's Wharf.

Which of the Seven Sisters is From Full House?

This question is tricky! You see, in the show, "Full House," as well as its modern-day sequel, "Fuller House," it is never explicitly said which house belongs to the Tanners.

The idea is that any of the seven houses could be the one that houses the Tanners. You may be asking, 'Well, which house did they film outside-shots of their house in?"

That leads to an additional twist that it was none of these!

That's right, all exterior shots of the exact Tanner household itself were actually filmed at 1709 Broderick Street.

This house is a good 20-minute walk from the Seven Sisters, so it is still in San Francisco, just in a very different spot! Even if the actual house used for exterior-shots happens to be somewhere else, in the "Canon," of the show one of the Seven Sisters is supposed to be the Tanner household.

For that reason, you could consider any of the Seven Sisters to be their household on "Full House," and, "Fuller House."

When trying to take a picture of or with the Seven Sisters, there are several excellent options available!

Some people will stand up on the nearby hills in Alamo Square Park and take pictures of all Seven Sisters.

It is also possible to be across the street and get a good snapshot.

Sometimes people will go and stand by the houses to take pictures in front of each one.

This is perfectly okay, but keep in mind these are private homes!

That's right. People live within the Seven Sisters, so try to be polite.

Never go and knock on the doors or climb on outside chairs or furniture. Also, don't block the stairways if someone is trying to enter or exit.

If you want to take a picture close-up by one of the Seven Sisters, make sure you exercise common courtesy.

The residents at these houses know they are accessible and don't mind tourists.

Other Fun Things to Do in San Francisco

After viewing an assortment of Painted Ladies (and the Seven Sisters in particular), you will want to enjoy the other fantastic attractions of San Francisco!

Also, there is a wide range of delicious cuisine to try when in San Francisco, from delicious breakfasts to tasty dinners and even yummy coffee! When you visit San Francisco, you'll never run out of things to do! 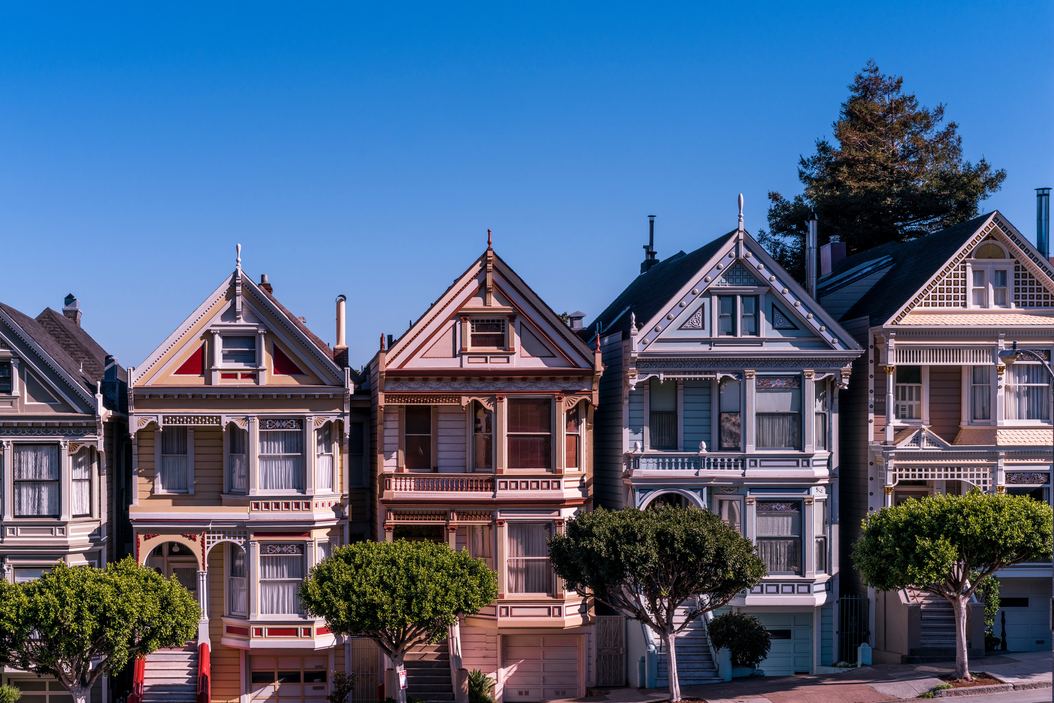 It is quite a fun activity when it comes to looking at the Painted Ladies of San Francisco (and the Seven Sisters in particular).

With their mixture of fascinating history and new popularity thanks to, "Full House," and, "Fuller House," it stands as yet another example of a great attraction in the city!

The Seven Sisters are not too hard to get to thanks to several great transportation options.

Plus, they also make for great photos, whether you take a snapshot of all of them or you and friends standing in front of just one!

Yes, the Painted Ladies of San Francisco are one of the countless reasons it is such a beautiful city to visit!