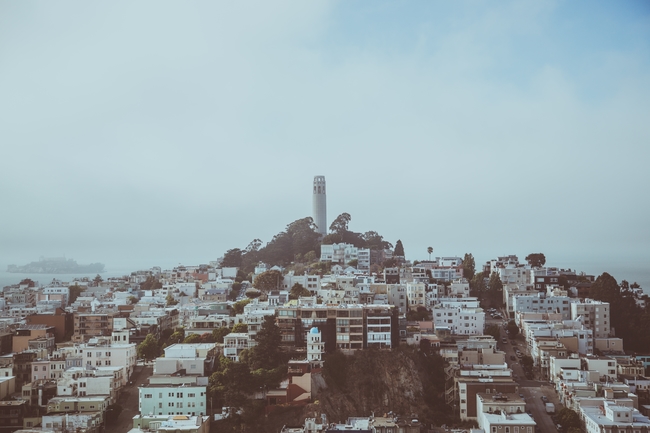 An Introduction to Coit Tower

Coit Tower is 210 feet tall and provides some gorgeous views of the Bay Area. Read on for advice on everything from getting there to taking pictures!

Why is Coit Tower Popular?

It was built for/dedicated to all the volunteer firefighters of San Francisco. Many of these people had died fighting the five major fires that had struck San Francisco up to that point.

The cost of building Coit Tower was funded by the wealthy socialite, Lillie Hitchcock Coit. She died in 1929 and willed funds from her estate to be used in honor of firefighters. This money was used to build the Coit Tower.

Then, the mural project began.

Coit Tower was selected by the Public Works of Art to be home to a project. A part of the "New Deal," it was a Federal program designed to help employ artists.

The PWAP helped commission a variety of muralists who created a total of 27 works of art.

These murals continue to bring many visitors to Coit Tower today. A variety of people enjoy the art-style of American Social Realism that the murals illustrate.

Hours of Operation and How to Get Tickets

Coit Tower is open from 10 AM to 6 PM in May through October.

It is open from 10 AM-5 PM from November through April.

Therefore, it makes sense to try to get to Coit Tower earlier in the day than later so you don't forget what months it closes sooner!

It should be noted that Coit Tower has free admission for the ground floor.

The ground floor is where the majority of the murals are located. There is also a second floor which has a guided tour of more artwork.

Should you want to take a tour of only the second floor, it is $6 per person.

A tour of all the murals (including the first floor) is $9.

The tours generally take less than an hour and are made-up of small groups of no more than 8 people per group. You can book tours on-site or online here.

If you want to take the elevator up to the observation deck that has its own cost.

To go up and see the panoramic views, you need to pay $10 if you are an adult and not a resident of San Francisco.

Children ages 5-11 pay $3 regardless of if they are residents of the area or not.

Kids 4 years old and under are free. Adults who are residents of the San Fransico area but are not old enough to qualify as seniors will need to pay $7.50 and have a valid ID.

Tickets for the elevator to the observation deck can be bought on-site at Coit Tower or purchased in advance on its website.

How to Get There

Coit Tower is atop a somewhat steep hill--Telegraph Hill to be exact.

It is a bit of a hike for that reason if you choose to walk up all the stairs that lead to the part of the park with Coit Tower.

Should you desire not to have to climb 400 steps, there are other methods.

You can easily use a taxi or ride-sharing service to get dropped-off very close to Coit Tower.

Also, bus 39 (which departs Fisherman's Wharf) costs $2.25 and can take you right to the base of the Tower.

Interesting Facts About Its Murals

When the murals within the Coit tower were first commissioned, there were many controversies!

A number of the painters used the murals to express ideas that were at the time considered leftist (a dedication to racial equality).

Also, ideas that then or now would be considered Marxist/aligned with Communist beliefs were painted.

One of the murals, "Banking and Law," is critical of Capitalist market-systems and their impact on the legal treatment of others.

The official opening of the Tower's murals was set for July 7th, 1934, was delayed.

This was because of a set of three frescos. They represented different industrial systems and this upset some of the members of the committee in charge of the PWAP.

It was thought many of the symbols in the paintings showed sympathy for communism.

Reasons for this included such imagery as a hammer, sickle, and phrases including, "Workers of the World Unite."

Eventually, it was agreed to change some parts of the painting. After all that drama, Coit Tower opened its display of murals to the public on October 12th, 1934.

Telegraph Hill--where Coit Tower can be found--is a beautiful area. This provides the opportunity for many gorgeous photos of the Coit Tower itself.

These photos can be taken from outside the Tower as well as within it. Also, should you go up to the observation deck in Coit Tower, you can take a wide range of breathtaking photos. This is thanks to the Tower having a fantastic panoramic view of the Bay Area.

Plus, of course, it is always worthwhile to take pictures of and with the murals. The murals are both beautiful and have a rich and fascinating history. Snapping a picture of some or all of them is a smart idea!

Other Things to do in San Francisco

After visiting Coit Tower, some other fun things you can still do! These include (but are not limited to) taking a $5 Walking Tour of the Golden Gate Bridge.

Also, you can try visiting the popular, "Painted Ladies," which is a term that originated in San Franciso! 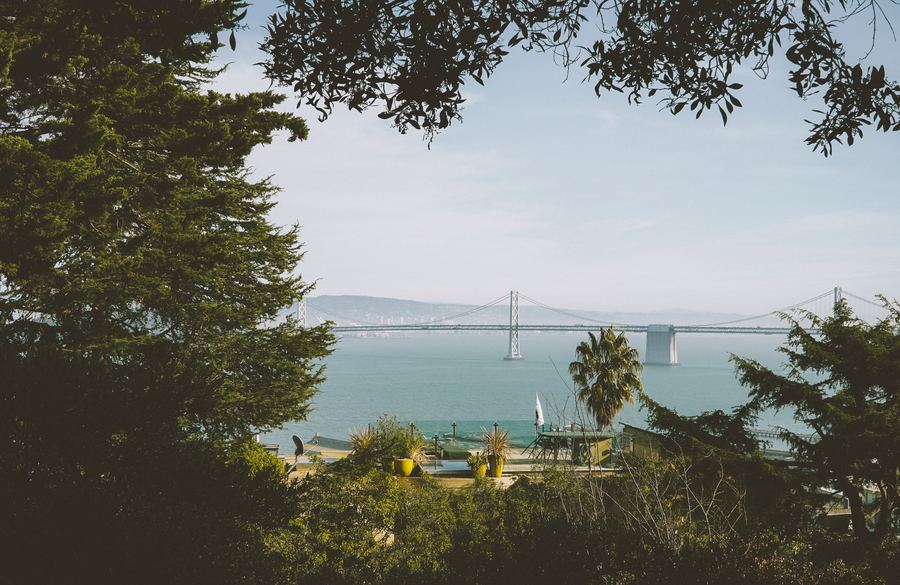 Coit Tower is simply beautiful. It is impressive to look at or to look out of upon the Bay area.

Plus, it is fascinating for its important historical contributions as well. Its murals were impressive when first painted and continue to wow visitors still.

Coit Tower is without a doubt a place to visit when in San Francisco! Now, thanks to this article, you know all the things to be aware of when you go to it!